This is a placeholder for your sticky navigation bar. It should not be visible.

In our first episode we speak to John Patroulis, Global Chief Creative Officer of Grey. 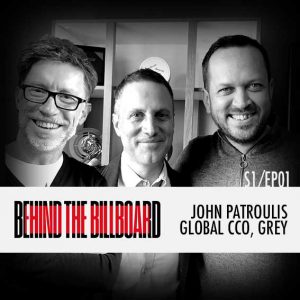 We discuss the billboards that John has been passionate about, from his first to his most awarded and personally rewarding.

Before joining Grey, John spent six years at BBH New York, rising to become the first-ever Creative Chairman in 2015. Under his leadership, BBH New York featured in Advertising Age’s Creativity A-List and John was named in the Adweek 50. With integrated campaigns for Playstation, Axe, Google and Cole Haan, BBH New York became one of the most awarded agencies in the city, winning multiple Lions across Film, Cyber, and Integrated categories, as well as scooping the Integrated Grand Prix for Netflix “House of Cards.”

Earlier in his career, John helped co-found both McCann Worldgroup’s agencytwofifteen and T.A.G. in San Francisco. There he helped globally lead the Xbox Halo 3 “Believe” campaign, which became the most creatively awarded campaign of the decade, winning multiple Lions and two Grand Prix and at the time became the biggest launch in entertainment history – thanks to its innovative approach to integrated storytelling. 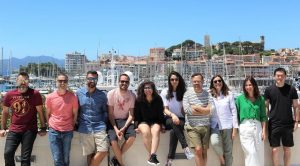 A globally recognised creative innovator and leader, John was named Worldwide Chief Creative Officer of Grey in August 2017. In 2019 he was Cannes Lions Jury President for Outdoor Lions where he presided over an international jury focussed on the best-in-class outdoor advertising from the previous year.

John travelled to London in December 2019 and found time to sit down with Hugh and Dan to chat about his favourite billboard work. 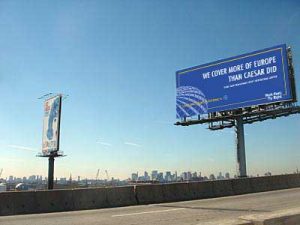 He talked about his first billboard campaign for Continental Airlines, often spotting his work in the Manhattan night sky on the way home after working late, giving him the confidence he was doing the right thing, a crucial moment in any creative’s career.

A few years later the billboard campaign that properly made him famous came from a fairly humbling story. After surviving skin cancer, he was determined to warn others of the perils of the sun. By using a clever printing technique, he created an incredibly impactful campaign for SkinCancer.org, reminding people to wear sunblock on the beach. 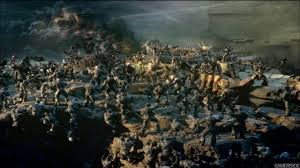 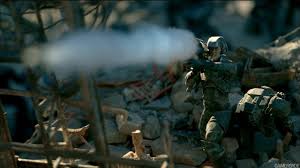 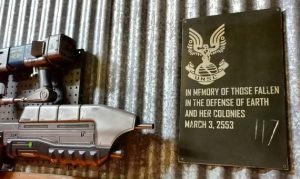 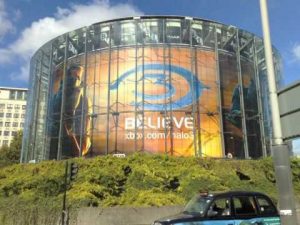 Finally we talked about the multi-award winning campaign for Halo, the most successful gaming launch ever, which featured numerous ground-breaking ideas, including fake outdoor statues and plaques commemorating the fallen players and characters from the game.

John was also was the voiceover for the Halo case study videos, which made us realise there isn’t much he can’t do.

Thanks John for getting us up and running!

We hope you all enjoy episode 1.

Comments are closed.
Behind the Billboard © 2022